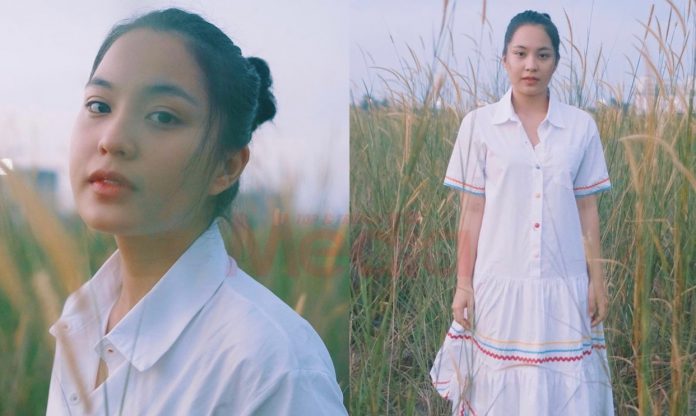 “I was clinically diagnosed with bipolar disorder. I took time off from social media to focus on myself. Its been a week (& still continuing) taking Antidepressant medication (Escitalopram) & Carbamazepine (CBZ). All this while, I thought my brain worked normally, same as everyone else.

“I memang ingat semua orang ada more than 3/4 voices in their head. I memang ingat that it’s normal for your inner voices to keep talking to each other like a group discussion.

“Until I started to take my medication. It was then that I realized, “ oh this is how normal people think inside their heads”. I don’t know if it’s genetic or due to my past,” tulisnya.

“At the age of 8, I wanted to die. My childhood wasn’t the same as my other friends. Sepak teranjang memang makanan i since i could ever first recall.

“I tried to take my own life when I was 14 years old by swallowing a handful panadol mixed with other medicine i could find at the time. I don’t have a perfect family. Dulu duduk dekat boarding school, jauh.

“Every weekend tengok parents kawan kawan visit, bawak makanan for them. Me? Tengok je la di balik tingkap nako tu. 2nd suicide attempt was a year after that, PMR year, I cut my own wrists infront of my younger sister.

“After that, I decided not to do that anymore. I just wanted to do what could make me happy. I started becoming selfish & stoped relying on other people for my own happiness.

“I blocked other people from my own thoughts and consideration, because for me, no one cared when i was at my lowest. I start doing the same thing to other people, to not care about how they feel, how they think,” jelas Janna.

“When I was 20 years old, Something happened that triggered my depression again. That was the last time i tried to take my own life. I remember I was in Korea, it’s was snowing heavily, -17 degrees in Pyeongchang.

“I stayed out in the snow for nearly 2 hours and didnt want to go back inside. Lastly, I decided to run away. I left everyone for 3 days & chose to be alone in Seoul.

“It was then that i came to a conclusion. From now on, I have to always make myself happy. Never rely on anyone & never expect anyone to understand how I feel.

“If I don’t feel good, I’ll always decide to go away by myself. Because I’m the happiest when I’m alone. The one who will never neglected me is always Him,” tulisnya lagi. 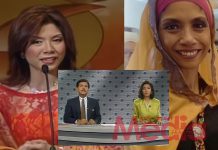 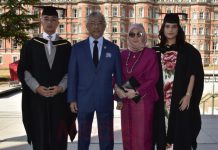 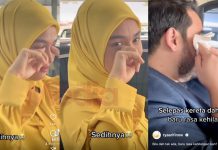 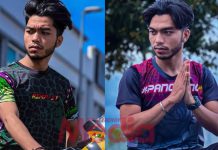 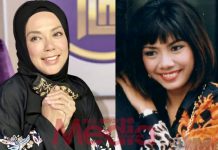 “Hope She Is Safe. May Allah Protect You,” – Datin Seri Normala Samsudin 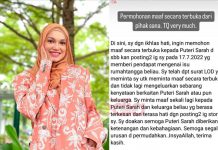