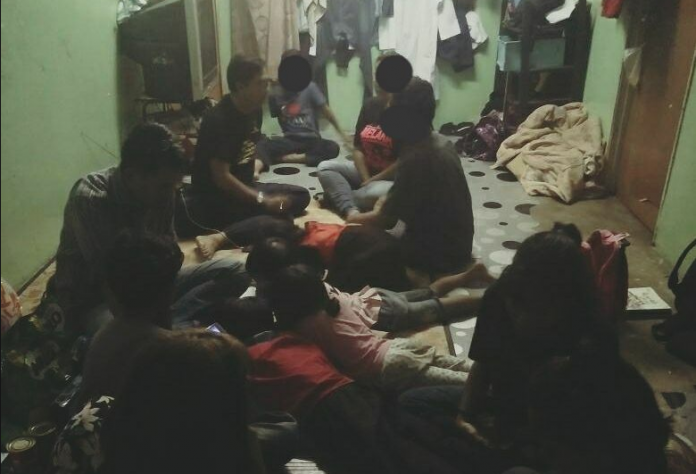 “My case tonight is a memorable one. I received this case today.A family with 12 children. 23-7 years old range. Husband and wife not working sebab semua kerja tak menjadi. Imagine this.
“The eldest daughter (final year local University student), went to JKM to ask if JKM can take all of her younger siblings (around 9 kids) to be put in Rumah Kanak-Kanak because her family tak mampu nak jaga. That is how desperate they were.

“All of their siblings are in school tge 15 and 16 year old is a bit rebellious but parents are adamant on education.
“When i was discussing about the case, i told my contact that putting the kids in institutions is the last resort. We agree on that. JKMWPKL will try to get some financial aid. They already received RM350 from Baitulmal. Tak cukup.

“On the eldest daughter. She is in her final year. She join PALAPES in University because it will guarantee hostel accommodation plus there is money involved. Any money she gets she will pass it to her family. This is why i wabted to meet and help the family. So i plan a meet up at Tesco Ampang.

“She came with her mum and sister. I asked them to shop for groceries for RM250. The mother and i had a chat. She is a nice lady. But i think she was in a verge of depression because of the hardship. This is not what they want but if it will ensure perut anak tak lapar, sekolah terjaga dan environment yang lebih baik than their neighbourhood, they redha.

“One issue that caught my attention was her youngest was not allowed school because she couldn’t produce origin sijil nikah. She have tge photocopy ones only. So until today still no school. The only way she can get the original nikah certificate is to turun Kelantan. Duit lagi.

“I have called the school this morning. Yes they need to see the original copy to confirm bukti sah but anak boleh masuk sekolah dulu. However from time to time they will still pester about it.The groceries they choose was totalled exactly RM248.90. The eldest daughter said they take the items and scan it first to maximise purchase. Good positive effort. Went to their house. Clean but cramped. They all sleep together at the living room.

“I talked to just the parents in ways to get the original sijil nikah. I will finance the trip and everything needed necessary for the trip and get it done. Once they have it, they can enroll their youngest to school.
“While they are going to Kelantan, i am organising a place to put the kids temporarily. Besok baru tau. I told the couple that this is important and they would need to use this time to think, talk and decide what they want to do. Fight screaw, shout if they must but when they come back to KL, make a decision. This is the first time they would be alone after a long time. Use it. I will InsyaAllah support this.

“Among their financial worries is school books still not purchased and pending electricity bills. The kids don’t want to go to school because malu takde buku. Total books is RM200. 00 for all kids. I passed them the money. So now i am trying to get them groceries monthly for few months while they build themselves up again. After few months i need to see progress.

“I ask them while i help them, they shouldn’t accept money from their kids. Not now. They agree. I ask about family planning. They say they try to plan but didn’t work, pills are expensive or far from government hospital. Every child they only go to the hospital for antenatal once and that is nearly delivery. After their 12 child, she already tie her tubes. No more babies. No licence and no transport. That is another problem.

“They want to look for a job. They do. Their limitations is that they don’t have transport. Their children are mostly independent so its ok. They can walk to school although the distance is quite far. Takpe. Temporarily.I think this family needs help. From agencies all is in the process. You can donate through me to top up what we have provided and from coming months. Any excess i will pay the electricity bills but my main focus is food and school while the parents find a job.

“Anyone who wants to offer job (they are based in Pudu) please leave in comment. The mother follows my news on Facebook so she can read the comment and get in touch with you. I am inspired by the eldest daughter over her plight and choices for survival and helping her family.

“Their other children clearly loves school and although often hungry they are super proud telling us about being selected under Rancangan Makanan Tambahan in school. What do you think?” ceritanya. 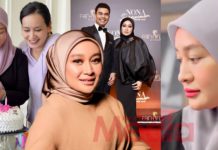 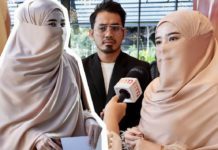 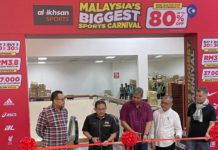 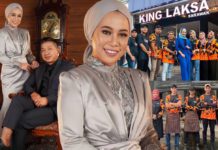 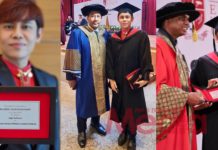