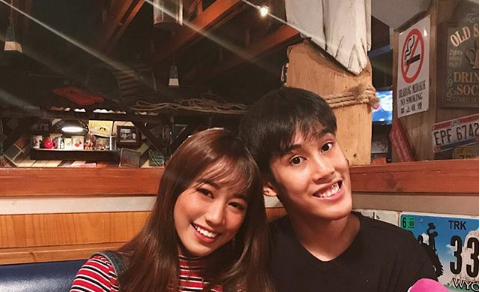 “#WorldAutismAwarenessDay Storytime ; To those who don’t know, I have a autistic brother. Adam, two years younger than me,not so further apart. Basically grew up with him. So, I’m always by his side wherever we go during my childhood days.

“When i found out that i was going to be a sister, ofc i was excited but I didn’t know that my life was going to change forever (not in a bad way).

“Adam was diagnosed with severe Autism & ADHD when he was 2 and a half . When my parents told me about it, of course i didn’t know how to react bcs I was also just a kid myself. But I remember when i was younger, i look at my brother as if he’s normal like any other kid out there.

“So I didn’t really bother what people will think about him or how he acts differently not like other kids. But the older i get, i then realised ‘ hey my brother really is different , he’s really not normal ‘and that thought made me realised that Autism is really something serious.

“When i was 12, he was 10. During that time , i started to get embarrassed whenever we go out. We would always get people’s attention and they will always give us looks which made me uncomfortable.

“There’s so many cases that happened in public but i think it’s better to not talk about it ( there’s too many ! ) but I’ll share some recent or traumatic events of mine that happened in the past. I’m telling this to not show off or anything.

“I’m just sharing my experiences and I hope maybe some of you might learn something from it. Growing up, Ive never get much attention from my parents cause most of the attention was on adam which I understand.

“I don’t feel left out or anything but I’ve always felt like something was missing. I was alone. I had no one to interact with until my baby sister came along. Ara.

“Mum had always knew that I wanted a baby sister since forever and finally god gave me one haha. I wasn’t lonely anymore. I had someone to play with. I was happy being a kid and having fun until I reached the age 13.

“I started to learn responsibility. Being the eldest in the family and help with chores and sorts. during that time, Adam started to become violent.. it scared me because every year it had gotten worse.. He starts to threw tantrums in public.

“During that time, I couldn’t do much but to just stand there and watch (idiot right) I felt useless,At the same time I had thoughts. Thoughts on how will it be like in the future. My parents will get older and weaker..and they have to rely on me.

“I then realised, I really need to sacrifice alot of things that I love, including the things that I’m passionate about. But I still try to. I try to make it happen cause my parents always tell me that I gotta try to make the best out of it.

“There’s this one time , me and my family had nearly lost adam in a shopping mall. He ran away from us and we couldn’t find him, it was at publica. I remember crying. I thought I would never see him again. And so because of that. I’m always in charge of chasing him.

“Me and Adam are quite close. So I didn’t really know how to communicate with my friends that much cause I’ve always been stuck with my brother at home and everywhere I go . That’s one of my issues I guess, I remember it was so hard for me to make friends.

“I couldn’t blend in with groups at school. I wanted to fit in so bad. Tried so many things but most of the students look at me as in ‘the weird kid’ I remember being so obsessed. Trying so hard to make people like me.When all they do is pick on me because I can’t speak ir talk right.

“But eventually i Learned how to talk better and to approach people and sorts. Dad finally gave me freedom to explore outside ever since I’ve completed my SPM.

“Ive learned alot through this rough journey of having a autistic brother. And to be honest , I’m grateful .. though it may still be sad and all but autism had taught me to be more confident, patient, thankful, etc… I would never be the person I am today if it wasn’t for adam.

“Thank you to those who have been following and supporting us.. this is something I usually would keep it to myself but since it’s autism awareness month. Thought I would atleast share my journey of having a autistic sibling knowing there are other kids out there who’s probably.

“Going through the same thing . And knowing this makes me realise that I’m not alone. And who knows, someone might go through worse than me … and so, I’m greatful for what I have.

“Thank you to those who have always been there with me through my hard times. I appreciate you. my family,friends,loved ones.. thank you so much for everything. Happy autism awareness month!” tulisnya. 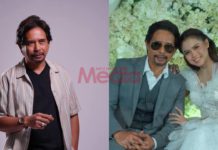 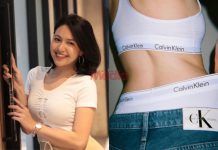 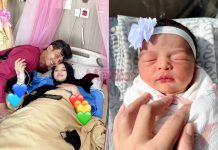 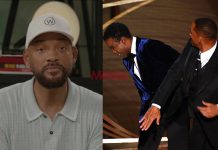 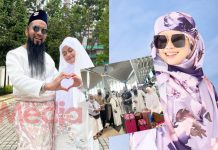